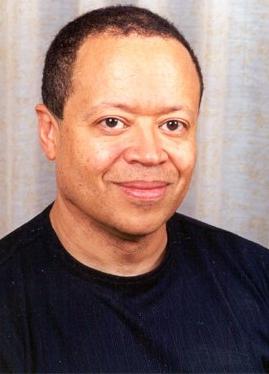 "Steven Barnes is a novelist, and a short story writer, television script writer, screenplay writer, lecturer, creative consultant, and martial arts authority. A Los Angeles native and later resident of Vancouver, Washington, Steven Emory Barnes is the third African American author after 1960 to have chosen science fiction and fantasy writing as his primary profession. Barnes established himself through the 1980s as a determined and disciplined writer, one who had followed a cherished childhood dream to become a commercially successful professional writer." - Fantasticfiction.com

Photo by Beth Gwinn for Locusmag.com