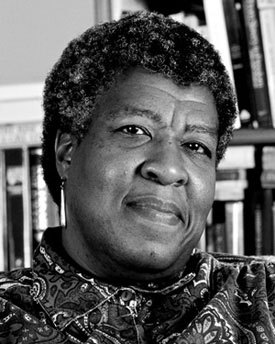 "Octavia Estelle Butler (b. 1947-d. 2006) was an American science fiction writer, one of the best known among the few African-American women in the field. She won both Hugo and Nebula awards. In 1995, she became the first science fiction writer to receive the MacArthur Foundation "Genius" Grant. Known for her Patternists series, Xenogenesis series, and Parable series."

Octavia Butler: Science Future, Science Fiction. This interview is a clip from a panel discussion delivered at UCLA in 2002. Source: YouTube