The “Spotlight Series: 70’s Activism at UI Cultural Houses” display focused on the activities of the African American, Chicano and American Indian students. Student organizations brought many speakers to the UI campus for discourse and dialogue. Each organization was proactive in their support and involvement with the Black Power, Chicano and American Indian Movements locally and nationally. This display is a physical documentation of each cultural center’s contribution and a snapshot of how three national activist movements of the 70’s resonated with the students at the University of Iowa. 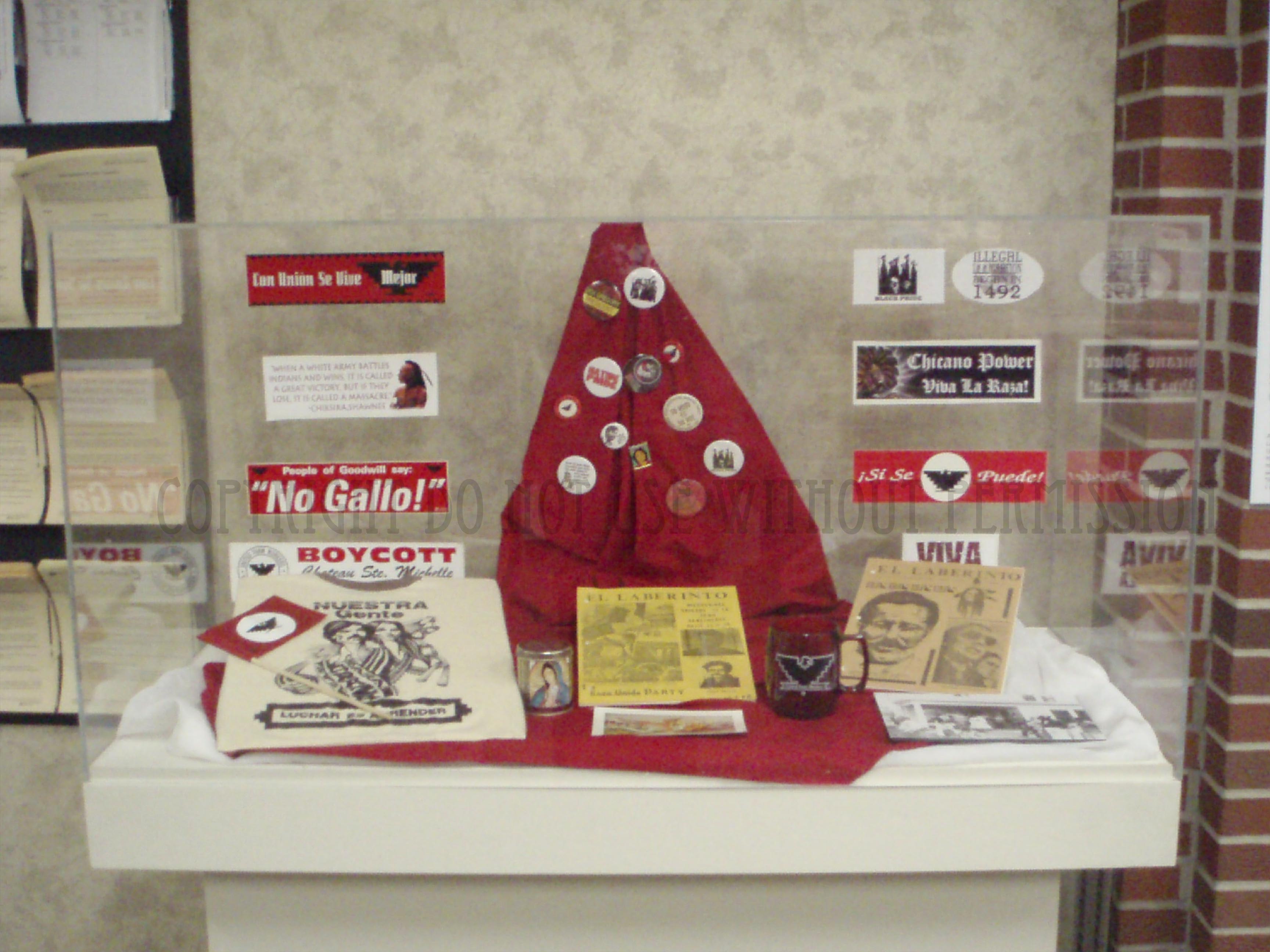 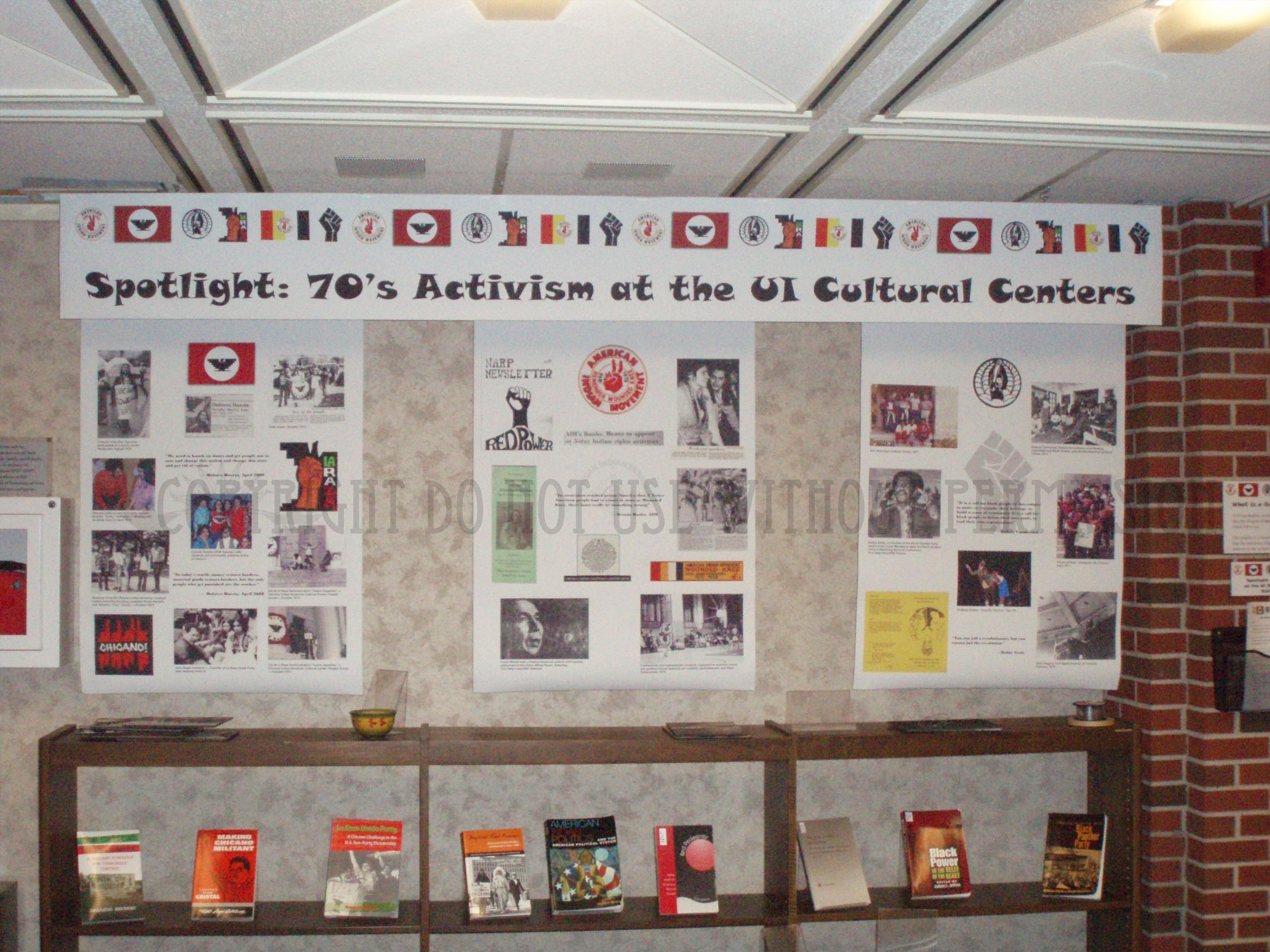