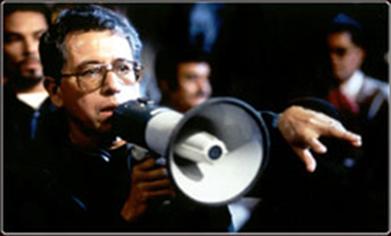 Jesus “Salvador” Treviño is a Mexican American film and television director.  He has directed episodes of over 40 different TV series and is currently on the board of directors of the Directors Guild of America. As a young activist film maker in the 1960’s and 70’s, Jesus took part in the Chicano civil rights struggles.  He was also the Co-Executive Producer of “Chicano! History of the Mexican American Civil Rights Movement.” He has also written a collection of short stories and a memoir of his film   making experiences. Jesus, also known as Chuy, also directed “Visions of Aztlán” which documents the Chicano Art Movement .