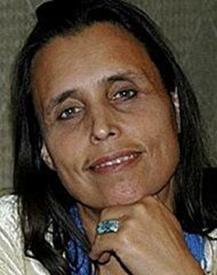 Winona LaDuke is a Native American political activist. She ran for vice-president in both 1996 and 2000 on the Green Party ticket.  She is the daughter of an Anishinabe (Ojibwa) father and a Jewish mother and is also a graduate of Harvard University.  She is the co-founder and executive director of the Honor the Earth organization and is also the director of the White Earth Land Recovery Project, which buys back tribal land.  LaDuke has written many articles and is the author of Last Standing Woman a novel that portrays the struggles of seven generations of the Anishinabe.  In 2007, Winona was inducted into the National Women’s Hall of Fame.