We follow this rule for word division, etc. in romanizing Japanese.

InfoHawk allows searches in Japanese scripts. However, Romanized Japanese search may work better most of the time. For example, InfoHawk will not work for searches involving kanji variants (国 and 國, 江戸 and 江戶), spelling variants (こども, 子供, 子ども）, exact matches (国語, but not 外国語), etc.

Word Division: There is a North American standard used to Romanize and provide word division to Japanese texts. However, these are  some inconsistencies and exceptions in actual practice. Also our standard is different from Japanese practice in many ways. It is best to try different combinations if there is any doubt. (For example, daijiten is correct for 大事典, but in some records this will turn up as dai jiten. 日本史 should be romanized as Nihon shi, however, some records treat it as Nihonshi.)

EACC/MARC21 Characters is used to catalog Japanese language materials in North America. The character set includes variant forms of Kanji which are different from what our regular Japanese keyboard supplies. And most of our local OPACs cannot handle the variant forms well. Try search InfoHawk with 江戸 as a title keyword. You will see what I mean.

To enable easier typing of these EACC variants on your PC, use IME's dictionary function.

You cam add those characters to 単語/用例の登録 tool on your language bar, if you use EACC variants frequently. My 単語 list is available for your reference here. 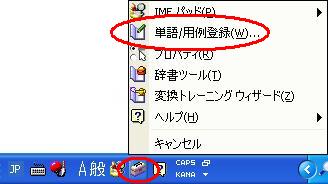 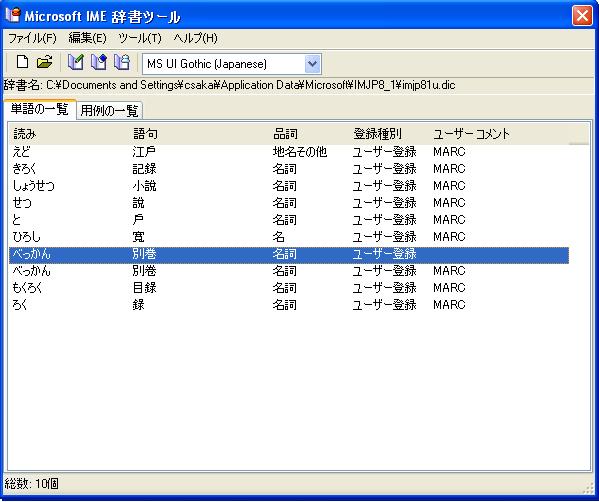