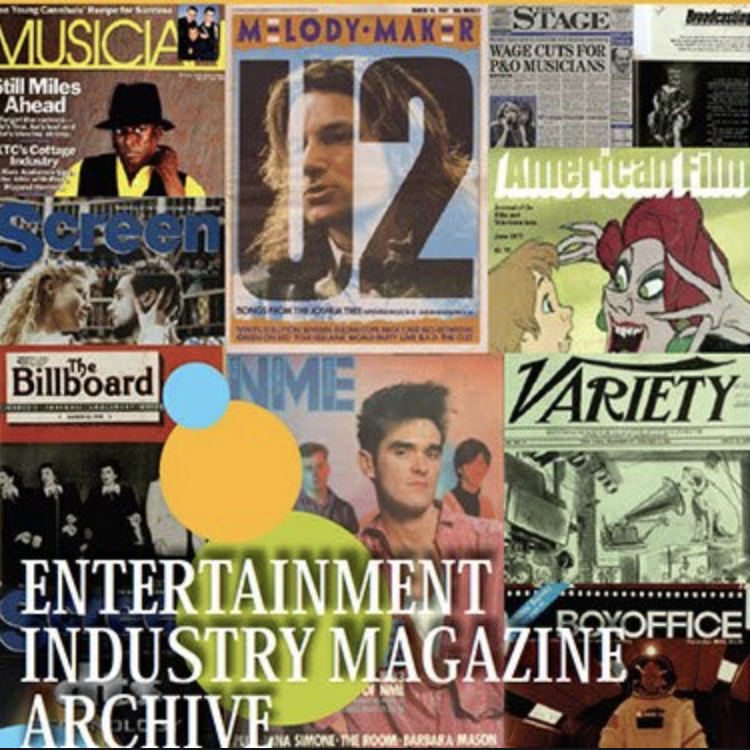 Entertainment Industry Magazine Archive (EIMA) is an archival research resource containing the essential primary sources for studying the history of the film and entertainment industries, from the era of vaudeville and silent movies through to the 21st century. The core US and UK trade magazines covering film, music, broadcasting and theater are included, together with film fan magazines and music press titles. Issues have been scanned in high-resolution color, with granular indexing of articles, covers, ads and reviews.

As part of the University of Iowa, you have access to Collections 1-3, including Music, Radio, and the Stage, as well as Parts I and II of Cinema, Film, and Television.

By default, EIMA will look for documents with all the terms entered.

EIMA, like most ProQuest databases, has a Thesaurus. The Thesaurus can be really useful for finding alternate terms to help increase your search success.

More information on the specifics of using the database can be found at https://proquest.libguides.com/eima/about