A library guide to honor César E. Chávez and the movie that depicts his wonderful work.

(1927–1993), labor activist, founder and president of the United Farm Workers of America.

Chavez spent his early childhood on his grandfather's homestead near Yuma, Arizona. After losing the farm in the late 1930s, the Chavez family joined California's migratory farm-labor force. Following military service, Chavez in 1945 resumed work as a farm laborer in California. After marrying in 1948, Chavez and his family relocated to San Jose's notorious “Sal Si Puedes” (literally “get out if you can”) barrio. Becoming involved in Mexican-American political and social action, Chavez established the National Farm Workers Association in Delano, California, in 1962 (it was rechristened the United Farm Workers Organizing Committee in 1966 and the United Farm Workers of America [UFW] in 1972). His new union gained prominence in 1965, when, together with another union of Filipino farmworkers backed by the AFL-CIO, it embarked on a campaign to organize growers of table grapes in California. The five-year campaign became a cause célèbre in the United States and abroad, bringing Chavez to national and international prominence.

Chavez's approach to worker activism sought social and racial justice and employed not only strikes and boycotts but also mass marches, fasts, and nonviolent civil disobedience. He won a fiercely dedicated following of young Chicano and Anglo organizers and the support of Hollywood celebrities, political luminaries, and social reformers. Unprecedented union victories against leading wineries and table-grape producers caused anti-union employers, in collusion with the teamsters’ union, to block Chavez's further advance. In response, Chavez turned to political action. In 1975, with the help of a sympathetic liberal governor, Chavez won passage of the California Agricultural Labor Relations Act granting the state's farmworkers the organizing rights long denied them under federal law. By the late 1970s, UFW membership approached fifty thousand. By the early 1980s, however, employer opposition, surplus labor, and internal dissension diluted most of the UFW's earlier gains. Increasingly insular and eccentric, Chavez invested the UFW's dwindling resources in ineffectual boycotts and direct-mail fund-raising efforts. He nevertheless ranks as the most influential Mexican-American leader of his generation and arguably the most important in the nation's history. 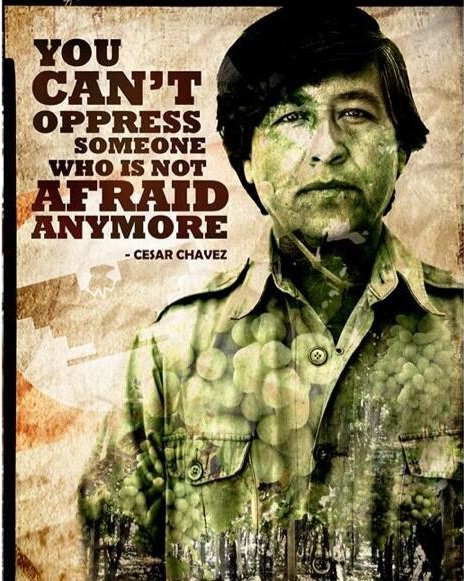 The Life of Cesar Chavez