The Helen Lemme Reading Club (HLRC) was composed of graduate students, faculty, and staff at The University of Iowa who met regularly at The Afro American Cultural Center during the 1980s and 1990s. Originally founded in 1983 by University of Iowa graduate students, The Third Thursday Reading Club was renamed the HLRC in the late 80’s to reflect upon the legacy and impact of local community member, Helen Lemme. The HLRC was originally formed to “combat feelings of isolation in a mostly white environment,” and “to provide a forum for African-American men and women to meet and discuss literary works by and about African-Americans” (E.M. Hernandez, HLRC Records, 2000).

In addition to literary titles, members also read literary criticism, members' memoir drafts, and self-selected individual poems. Each June, the group hosted a pot luck celebration to mark the anniversary of the founding of the group. No readings were assigned but members were often encouraged to bring along individual poems to share during the celebration. June pot lucks were hosted in HLRC member homes. 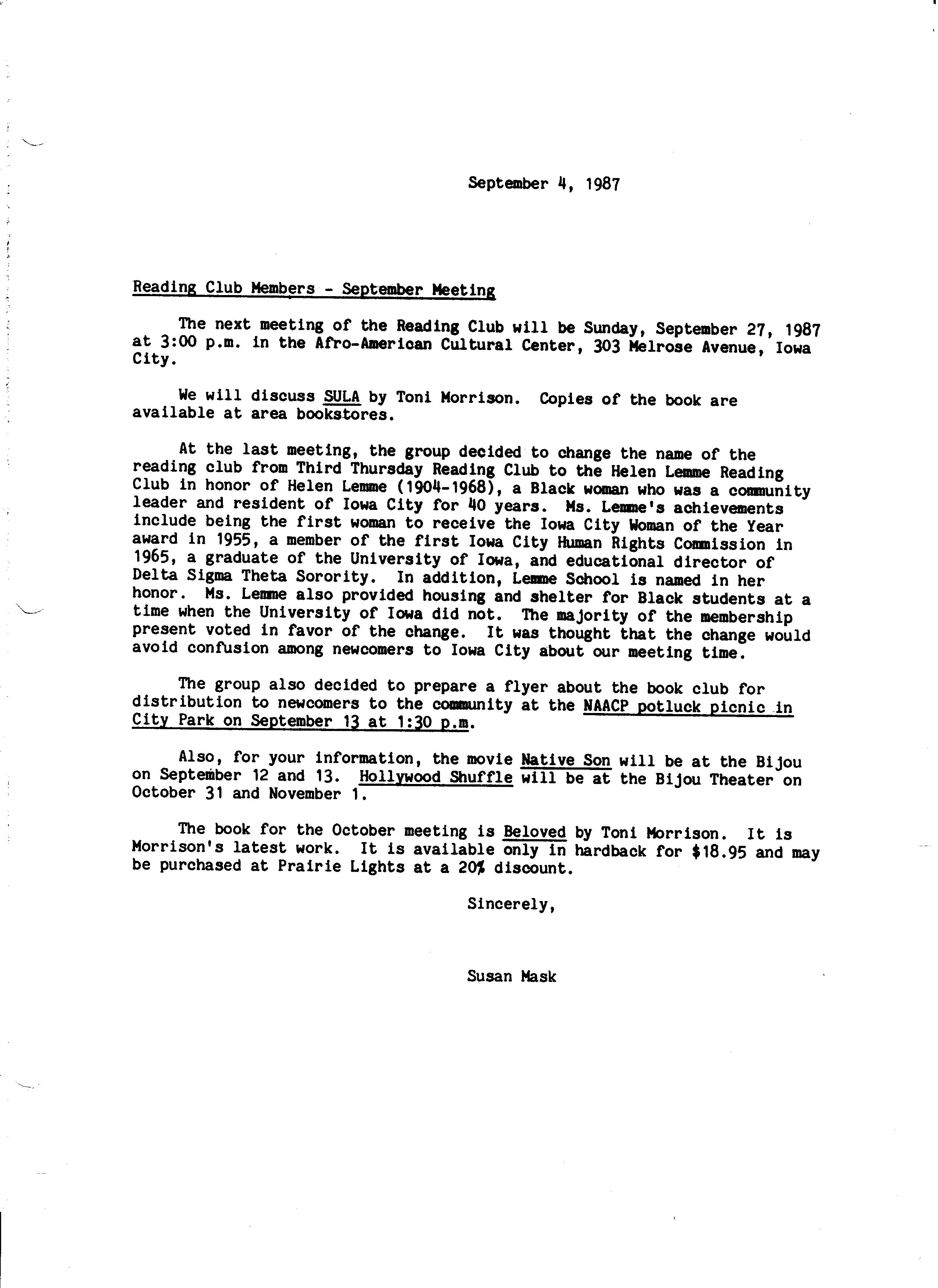