7 Types of Mis and Disinformation 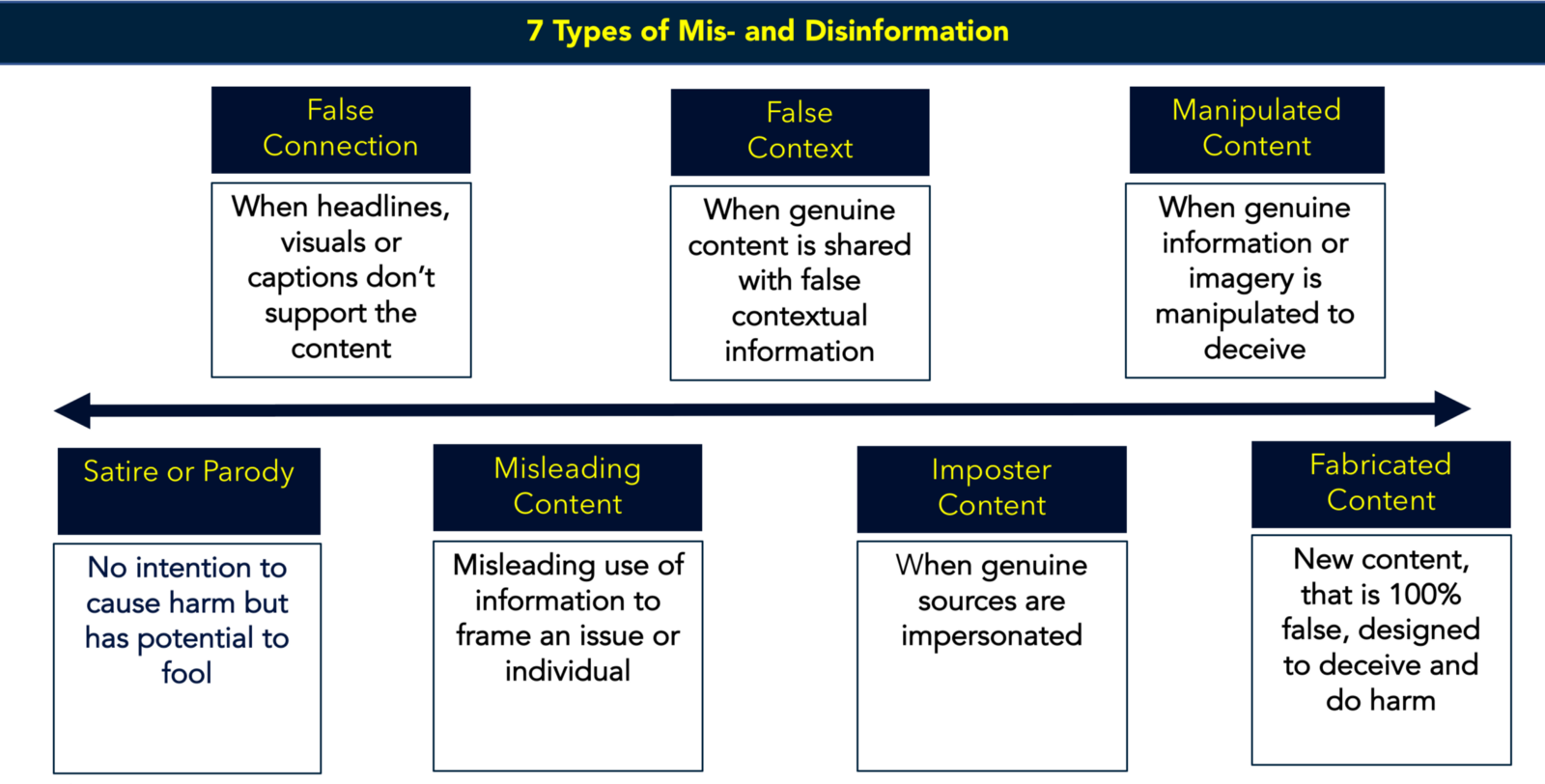 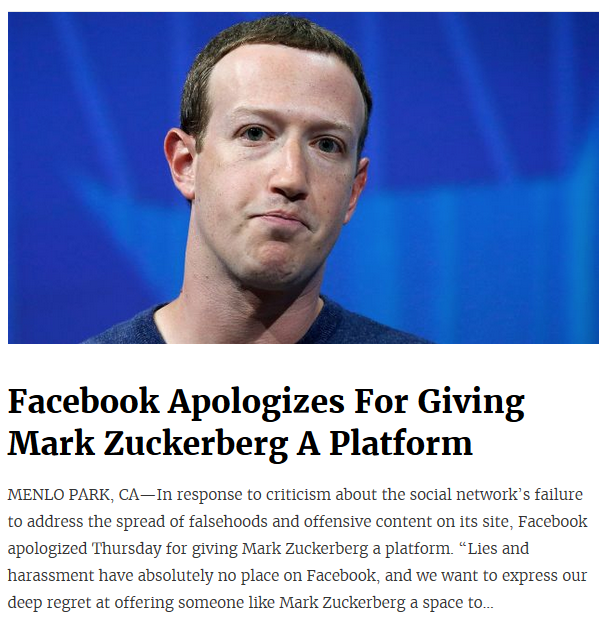 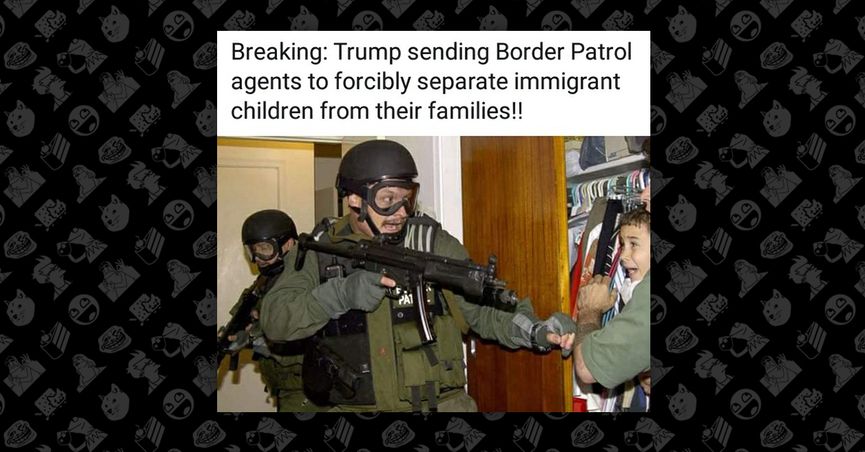 Here the creator of this meme uses a photograph from the year 2000 and pretends that the photo was recent. If you were to do a reverse image search on this photo, you would discover that the image is of the young boy, Elian Gonzalez, who was famously deported to his native Cuba during the final year of the Clinton administration. 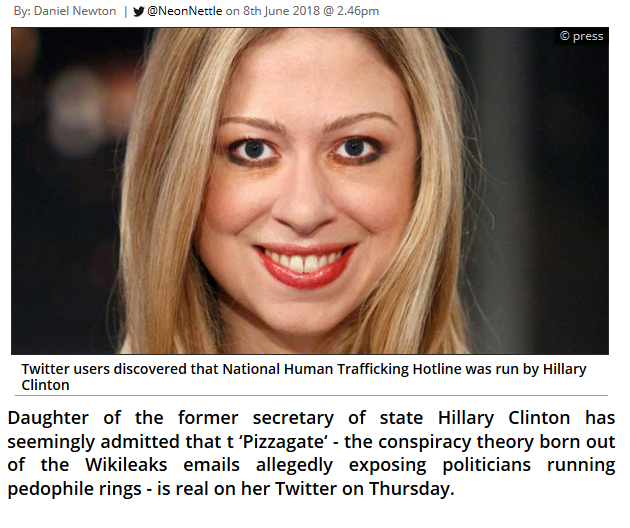 Some stories are simply made-up and have no basis in reality.  Good lateral reading practices will quickly tell you whether a story is real or fake.

Pro-tip: if no one else is reporting a story, it's probably fake. 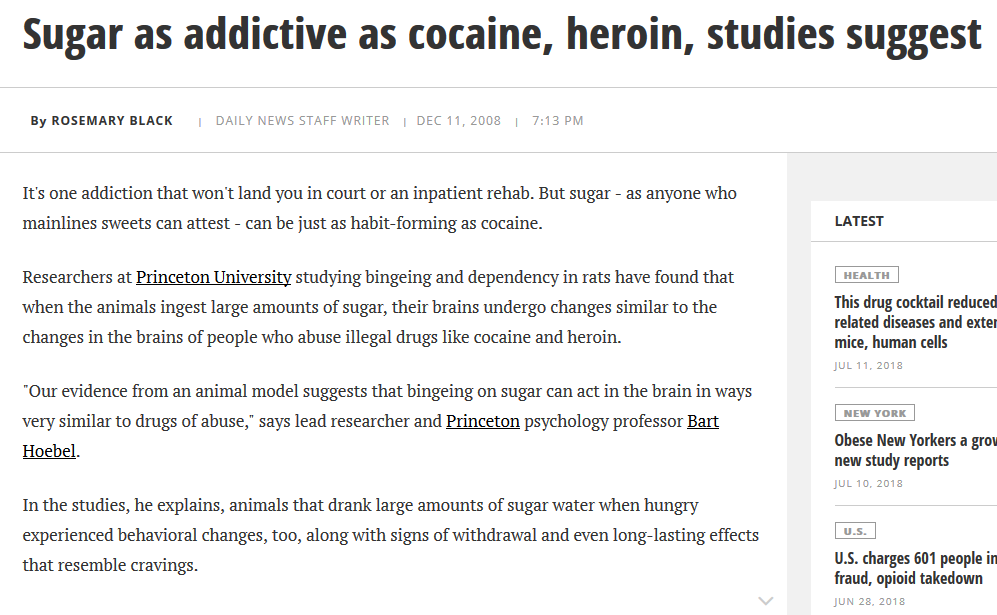 Sometimes legitimate newspapers, magazines, and television shows publish news that is real, but the way they present the news is misleading. Here the New York Daily News, a paper that has been in publication since 1919, published a story in which the headline claims that sugar is as addictive as cocaine and heroin. That's a very frightening headline, isn't it?! I'm sure it caught your eye. And that's the point.  Stories like this are often referred to as "Clickbait." They have terrifying headlines that don't always give you the whole story.  If you were to read more of the article, you would discover that this theory has only been proven to exist in rats, not humans. 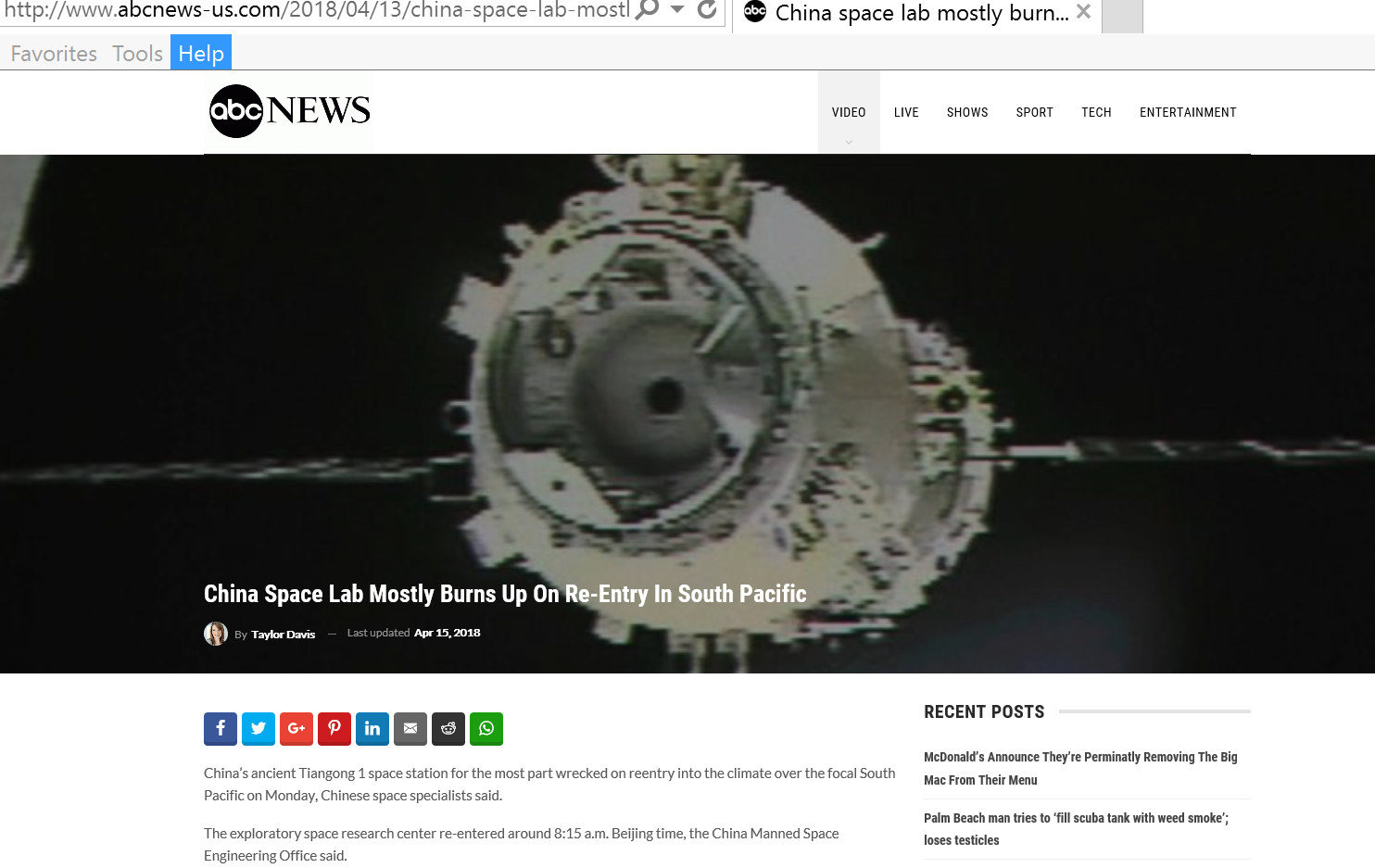 Some fake news websites try to pretend that they are other news agencies. The snapshot from the above website is pretending to be ABC News, but it is not. How can you spot these imposter websites?  It can be difficult sometimes, but you can almost always sniff-out them out by checking the URL.  The above URL is not from abcnews.com, it is from abcnews-us.com.  Imposter news will never be able to publish content from the real news agency's website. So if you're unsure whether a source is representing itself truthfully, Google the news source, find its website, and see if the domain in the URL matches. If it doesn't, you have an imposter. 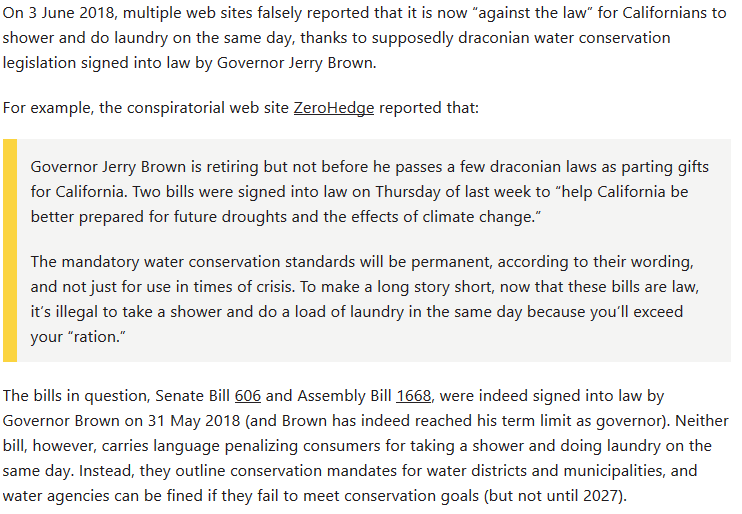 Misleading content is the by far the most difficult kind of fake news to uncover. Misleading content can finds its way into many, many real news stories and the reason its so hard to discover is because it requires some kind of expertise or knowledge about a given subject to determine whether the facts and details in any news article are being misrepresented. Fact-checking resources can really help you make sense of these details.  The above analysis was taken from the fact-checking website, Snopes. 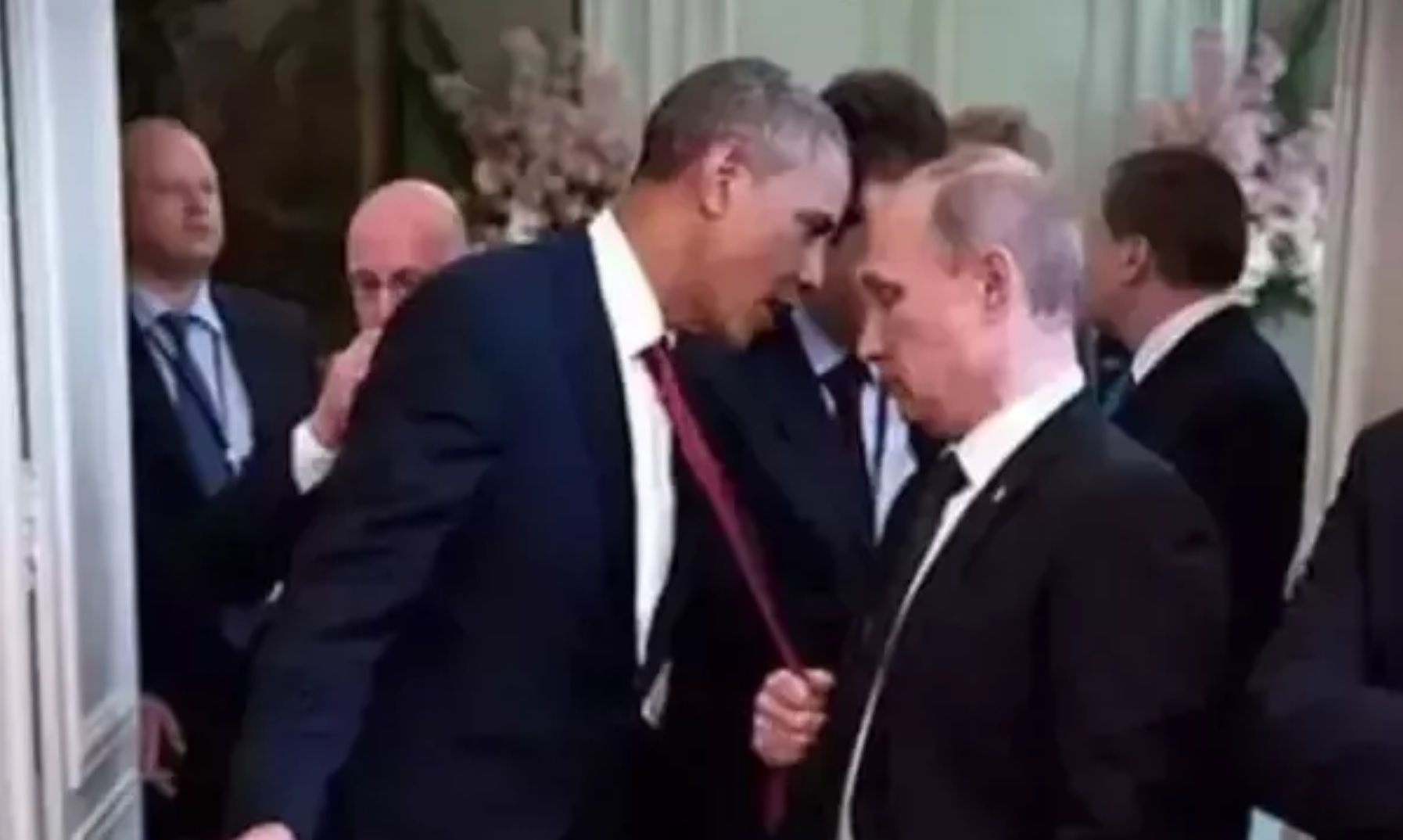 It's often said that "a picture says a thousand words," but for photos posted on the internet, those words are not always truthful. The above photo was doctored using Photoshop to make it look like Russian President Vladimir Putin was grabbing US President Barack Obama's necktie. However, if you were to do a reverse image search on this photo, you would discover that Putin was not actually grabbing the necktie in the original photo.

If you would like to learn more, the University of Michigan has produced a YouTube tutorial that will guide you the process of identifying the 7 Types of Fake News.