How to Choose Your News

Streaming film at the library

What Media Literacy Is Not 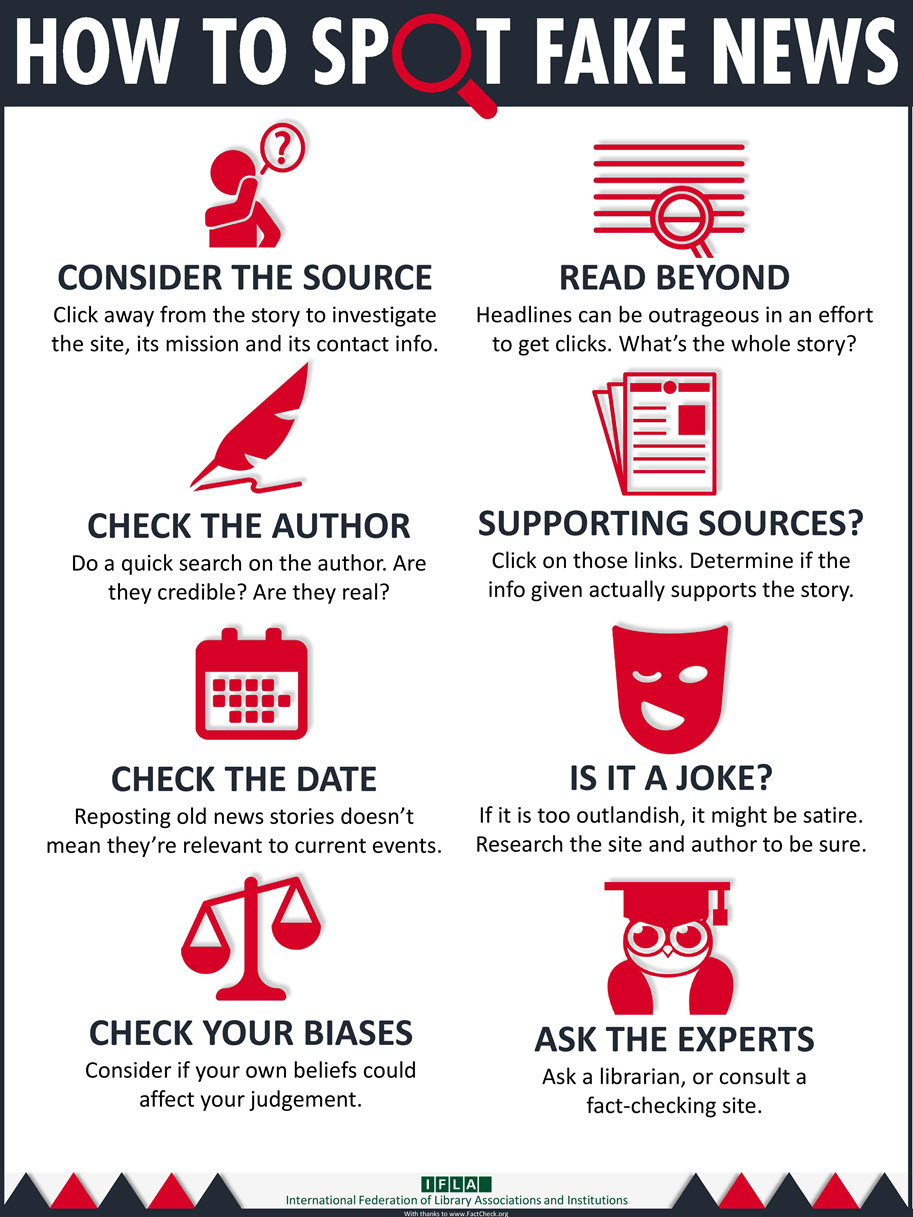 There are more types of bias than political bias. Be sure to watch out for:

Commercial Bias
News is sponsored by advertisers.  Does the news presented reflect the advertisements embedded within the media?

Temporal Bias
News agencies look for "breaking stories," often relegating old news to the back page or leaving it entirely uncovered. Scan the back pages too!

Visual Bias
Including visuals will draw the reader's attention.  Do images presented evoke specific responses?  Do they prejudice the reader to view the news one way?

Sensationalism
Good news is less exciting than news that is shocking or frightening.  Does the media exaggerate details to make a story more interesting?  Does the news agency focus only on the negative aspects of a story?

Narrative Bias
Writers will generally develop a plot line - beginning, middle, and end - complete with drama.  News, however, is rarely so tidy. Remind yourself that stories you read in the news are "unfolding." If a story captures your attention, its best to follow that story over a period of time.

Fairness Bias
Ethical journalism is, in theory, fair.  When a controversy arises, reporters will generally attempt to get the "other side" of the story.  When a rebuttal is reported, it can seem like the media is taking one side or another.  Read carefully to determine if presentation of both arguments is neutral.

Expediency Bias
News is driven by deadlines. Those deadlines sometimes mean that reporters will return to experts they know well and have had successful contacts with previously. This may slant news in towards the political views of these experts.